One Weird Way to Double Your Income | The Covert Closer Blog 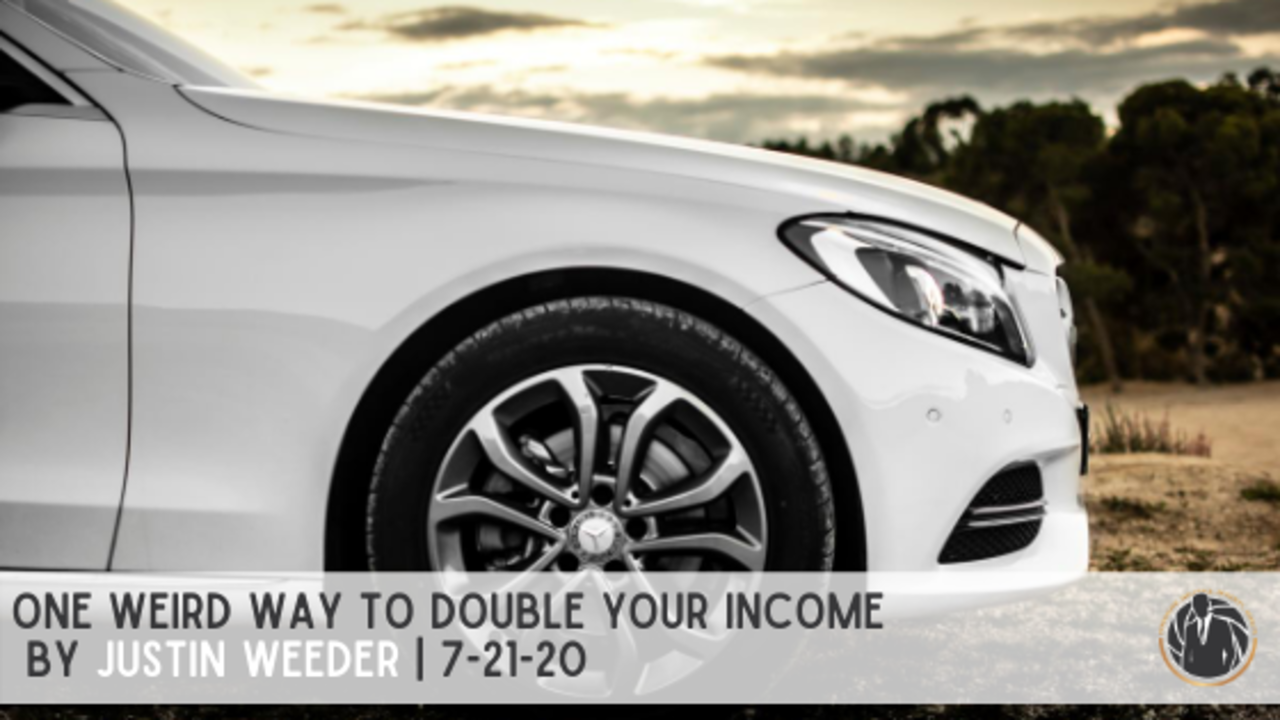 Stop asking for the sale.
That's it.
Article over.
Just kidding, I'll give you more context than that.
But first, a story about how I bought the most irresponsible purchase of my twenties.
Why I Can't Own a Project Car
It was 2016 and I was driving a car that I had dreamt about only four years earlier.
My blue WRX was a phenomenal car, and I had conquered a white whale of a challenge by learning how to drive a stick shift.
One day on the way to work, I noticed there was no bass. Pulled over, tried fucking with all the settings, but my Alpine Type-R that I had a custom box made for in the back was just not working.
The $4,000 system sounded great when it was working, but it had been riddled with problems since day one.
Beyond that, driving stick was only fun for the first 6 months, and I was scared to do any more mods to it.
Time to Find an Upgrade
When I got to work, I searched for the most well built cars - and although there is a ton of debate on this, Mercedes seemed to have the most positive feedback on build quality.
As long as it wasn't a CLA.
Since I'm an impulse buyer, I found myself at the Mercedes dealer a few days later with my two best friends.
Just walking around, checking things out. I had seen a used E400 4-Matic online and wanted to check it out.
How to Sell Cars and Influence People
We were greeted by a cheery older guy, with white hair pulled back into a ponytail, and a white goatee-beard to match.
He said his name was Sunny, and I let him know I was just window shopping. He gave me a furtive glance in return. But he wasn't pushy.
He called me 'dude', and gave me his card. Told me to text him if I came across a car I wanted to check out.
We walked around some more, and came across an army green CLA45 AMG. (I know, no CLA's... but this car was LIT).
I text Sunny and he showed up quickly with the keys.
After the test drive, all four of us knew this car was not the car for me.
We were jammed in there like clowns. It was fast though.
I thanked Sunny for his time and was getting ready to leave.
She Will Be Mine, Oh Yes, She Will Be Mine
And that's when we saw her. She was parked in the service overfill area, but was definitely a new car.
White with black wheels, sat low, with aggressive body styling, it was definitely an AMG.
Sunny knew exactly what car it was and ran off to get the keys.
When I sat down in the cockpit of that C450 AMG, I was in love. Not only was it comfortable, yet aggressive, the dashboard had matte/gloss checkerboards in the gauges and the seatbelts were RED!
It's the little things, right?
We took this one out for a test drive, and I was in love.
The only problem is that it was over $70k. I didn't know if I could afford it.
Sunny told me to put in a credit app and he'd call me and give me the lease numbers on it.
Closing the Deal Without Asking for the Sale
When he called me back, I was subjected to the most powerful close I've ever come across.
The indirect challenge.
Here's how it went down:
After exchanging pleasantries, we got down to business. Sunny delivered the lease numbers:
"The sweet spot on this car is at 36 mo and 36k miles. The monthly rent with tax is going to be outside your budget at $991. It's a shame, seemed like that car was made for you, but I'm sure you'll be able to get yourself an AMG one day."
I sat in silence on the other end of the phone. My heart was in my throat. What did he just say? I mean I told him that I could afford a max of $750, so I went back,
"What's the money rate on that lease?"
"It's buy rate. .00025"
Shit. "Sunny, if you can get it below $800, we've got a car deal."
"We've only got one of these. They're not going to move off sticker on it. You know how it is."
I was floored. I wanted that fucking car now more than I did after driving it. There was no way I could get back into my WRX knowing that "one day" I'd have an AMG.
I wanted an AMG now.
But, $991 was too far outside my comfort zone so I let him go.
Maybe One Day, but Not Today?
He ended up calling me back later that day saying he got it down to $888, which I figured was more in line with a good deal and I pulled the trigger.
The thing is, yes, he has it easier than some because what he's selling is considered an ornament, or a status symbol, but he got me to buy without ever asking me for anything.
Instead, he issued an Indirect Challenge to my ego, which increased my desire and made me willing to pay $138 more per month to satisfy it.
It was worth every penny.
How could you employ the indirect challenge in your business?