An Economic Downturn is Inevitable. Here's What To Do | The Covert Closer Blog by Justin Weeder 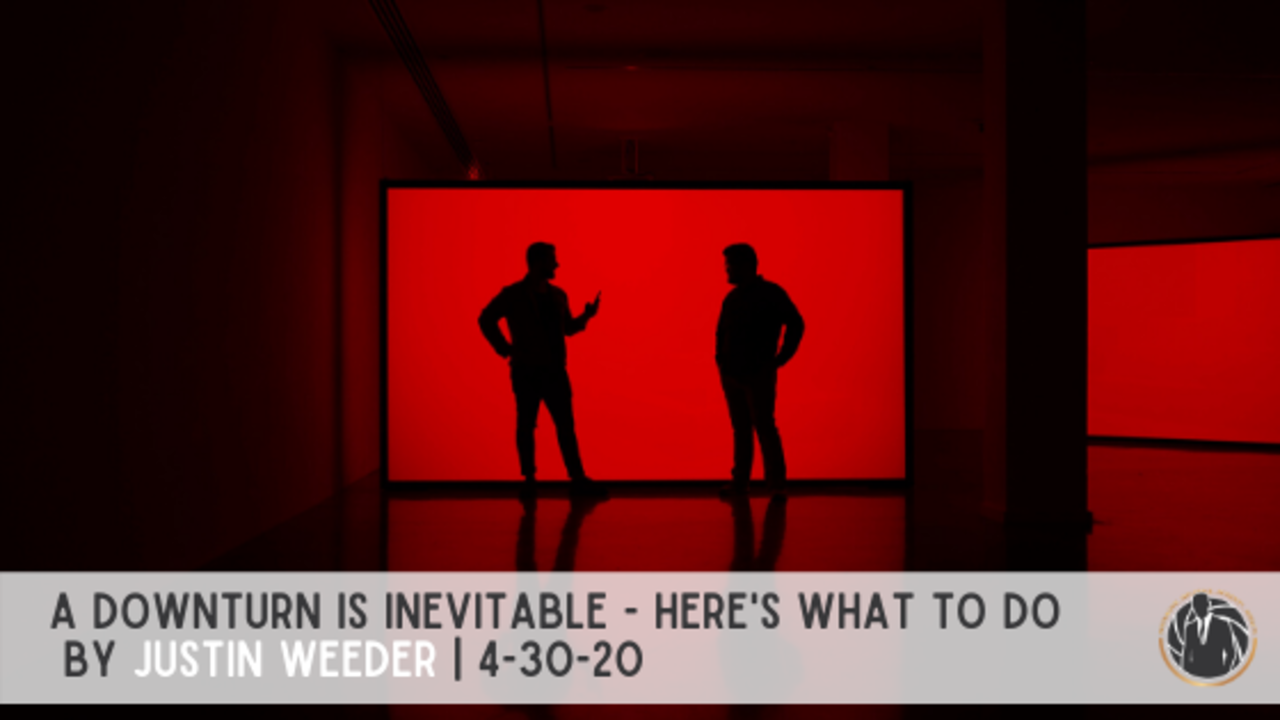 If you're concerned that we're heading into a recession, you're right.
We're already in one. The economic effect of COVID-19 will be felt in nearly every industry.
I'm not trying to push fear, I'm trying to push facts. That's a fact.
Salespeople younger than me might not remember the 2008 recession, but I do.
I'll never forget the week leading up to 4th of July 2007, all the veteran car guys were getting us greenpeas AMPED because they said we'd sell a ton of cars.
It was my first commission job, and I was more than excited.
Showing up at 8:00A that day, energy drink in hand, I was ready to sell 5 cars.
By noon, we had 3 ups, and 400 hot dogs on the grill.
By 4:00 PM, the up count was at 5 - and the desk started sending people home.
Nobody could figure out what was happening.
I'd like to tell you that I 'pulled myself up by my bootstraps' and got on the phone and created my own business.
But I can't, because that didn't happen. To me, at least.
Those 5 ups? They all went to the same guy. The guy who was inside hustling the phone all morning.
He closed 3 of them. He sold the only 3 cars all day that day.
On 4th of July, at the beginning of the worst financial meltdown in over 50 years.
I was too young to absorb his knowledge at the time, but I never forgot what he said when I asked how he did it:
"I expected to have a hat trick, so I did. The rest of the guys just sat on point eating hot dogs and complaining."
Don't knock the simplicity - he expected it to happen, did the action that made it happen, and it happened.
He was a fucking legend, and even though it's over 10 years later - I never forgot what he said.
You can survive this - you can THRIVE in this environment - if you expect to.
What do you expect?