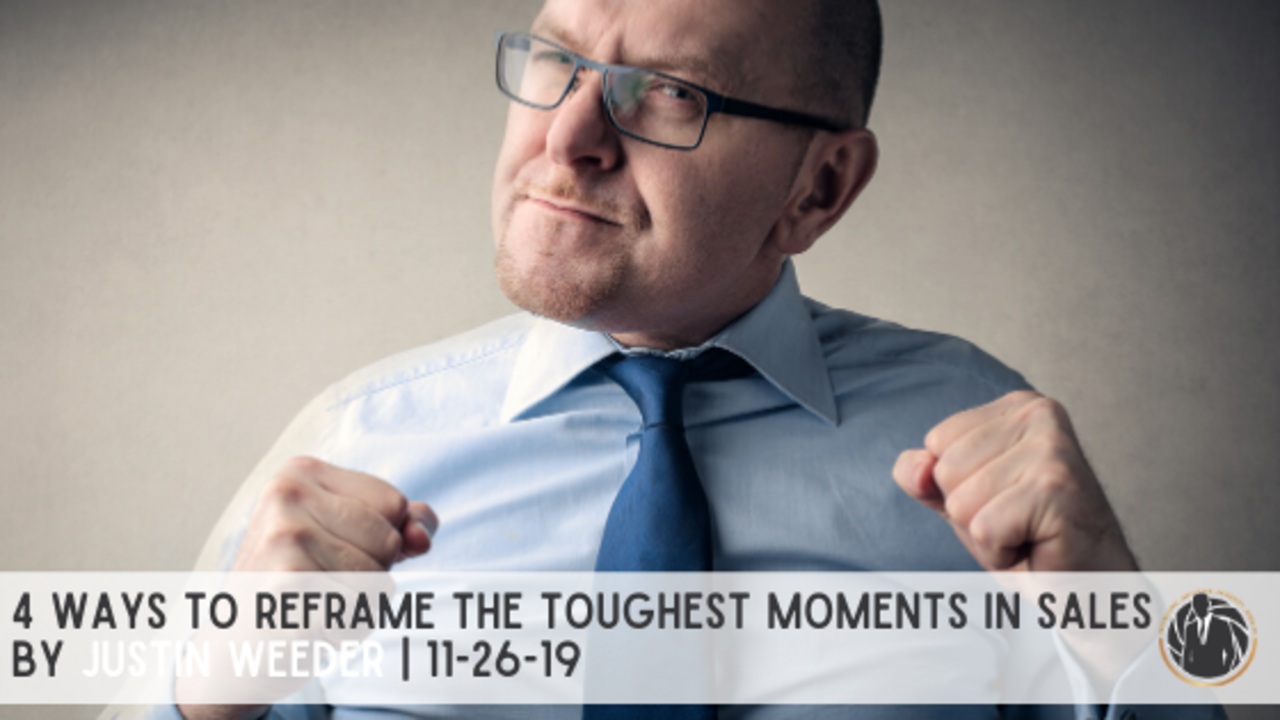 Being a human sucks. Here you are, stuck in a spacesuit made of meat, you never asked to be a part of this world, yet here you are.
For some crazy reason, you decided to find your way into sales, which requires you to do everything it means NOT to be human in order to be successful.
Beyond that, other humans can be confusing shitheads.
The Suffering You Experience, You Create
Probably the worst of all is that our bodies and minds deceive us. How many times have you been so angry at someone you were sure you never wanted to see them again, and then the next week, y'all are buddies again?
What changed?
The chemical makeup in your brain. That's all. Nothing probably objectively changed, it's just you weren't flooded with stress hormones making you paranoid and angry anymore.
Reframe Your Experience to Create Freedom
What most of our human brethren don't realize, is that your experience internally is in your control. You can't control it if you get struck by lightning tomorrow, but you can control how much you feel sorry for yourself after the fact.
Similarly, in sales, calling up the customer that you thought was a sure thing only to find out they went with your higher priced competitor, is like getting struck by lightning.
You don't have to feel sorry for yourself though. Here's how to reframe four of the most common shitty situations you'll run into:
No Motivation
The hardest and most prevalent roadblock to sales success is not being motivated. So let's work on that first. You know what it's like. You're sitting at your desk, or in your car, getting ready to make the day's calls, but your body just feels like it's made of cement and you just can't bring yourself to get started.
Here's the reframe: You're not unmotivated, you're lazy. Let's be real. People who are not lazy work hard no matter how they feel. Trust me, I basically invented lazy. But when I had some bills to pay, I got to hustlin'. No matter how I felt.
You know what I'm never lazy about? Games. Instead of trying to be motivated to close a deal, go out and get motivated to DISqualify as many people as you can. Or how many calls you can make in an hour. Regardless of the outcome. Make it fun.
Prospect Backs Out at Signing
This one really sucks. You've done the discovery, the presentation, the negotiation, and at the last minute, the prospect says they're going in a different direction. Or not doing anything at all.
What a load of crap! You were probably counting on this deal or at least had already spent the commission in your mind.
Here's the reframe: You never had this deal. Unwind it in your mind. Whatever happened to cause them to back out at the last minute was inevitable. Prospects don't get to this stage and then back out because of a mistake you made.
Management Changes the Pay Plan
When management changes the pay plan, there could be a couple reasons - and they're usually good ones. The thing to look at is how often have they changed in the past 24 months? More than twice? That's a problem.
Less than twice? OK that's not uncommon.
Here's the reframe: Have they invested in technology to make you more efficient?
Have they invested in the marketing budget to get you more leads? Ask questions. Try to understand where they're coming from as a business.
You'll need to understand these kinds of decisions if you want to become a sales manager in the future anyway.
Empty Pipeline
Maybe you just closed all your active deals, or they all just told you no. Either way, an empty pipeline is an anxiety-inducing problem that everyone has to go through.
Instead of focusing on what you have to do, focus on what you've done. Either way if you've won or lost deals, you helped a whole pipeline of customers make good decisions. It may not always be decisions that end up in you getting paid, but that's not your job.
Your job is to close deals - either closed won or closed lost. Either way, you're helping people.
All you need to do is go out there and find more people to help.